Life in the South – Things to Love

Life in the South is sweet. Although I grew up in a military home and moved every couple of years throughout my childhood, we kept returning to the South between assignments.

It wasn’t difficult, but it wasn’t easy either.

Both of my parents were from Mississippi. My mother grew up on a farm in a very rural area between Hattiesburg and New Orleans.

Everyone in the community went to the same church, where they often spent entire Sundays worshiping, eating, and socializing. Oh, and they never missed the county fair.

My dad’s hometown was small and friendly, In fact, strangers stuck out like sore thumbs. Everyone knew each other and would ask, “You’re not from these parts, are you?” if you were a stranger.

Adapting and Readapting to Life in the South

My grandparents never left the South. Therefore, where they lived became our home base. That certainly made it super easy to adapt to life in the South.

After all, when we were with them, we were so deeply immersed in the culture without any way out. It was comfortable for my southern mama and daddy, and eventually became that way for me.

When we would go to a non-South location, people would laugh at my accent and ask me to say things. At first, it hurt my feelings because I thought they were poking fun at me.

But then, I realized they were having fun, not poking fun. So I decided to have a little fun as well.

When they wanted to hear me talk, I would enhance my drawl and let out a few more “y’alls” and “all y’alls.” That seemed to satisfy them.

Then, when we returned to the South, I quickly learned that I’d lost some of my southernisms. So I had to readapt to life in the south. That typically took all of three days.

Life in the South Without “You Guys”

I’ll never forget when someone approached one of my coworkers with the expression of, “You guys.”

The coworker simply flashed a sweet smile and asked, “Who are you talking to?”

After the person clarified that he was addressing this female coworker, she replied, “But I’m not a guy.”

That pretty much explains why “y’all” is more appropriate than “you guys.” While you ponder that point, it’s time to move on to something just as important.

Life in the South with Food

Obviously, food is food. We all need it to nourish our bodies, whether we’re from the South, North or anywhere else.

However, there’s a reason southern food has a cult following—even north of the Mason-Dixon line. Side note: Some southerners call it the “Mason Dixie line.”

Anyway, many of the southern foods, such as gumbo, grits, and fried chicken are favorites no matter where you go.

I was amazed to find grits on the menu at a New York City diner. It actually made me smile and feel vindicated as a southerner. It showed that we’ve made an impact on the rest of the country.

I ordered an omelet, bacon, and grits, and they tasted perfect. In some parts of the Big Apple, you can even get shrimp and grits.

And then there’s barbecue. People have asked me what is an authentic southern barbecue.

Since there are so many different southern barbecues, I have to ask them to clarify. Are we talking about Memphis barbecue, Carolina barbecue, or Texas barbecue?

While we’re on the topic of barbecue, when you’re in the South, there’s another thing. Please don’t call the act of cooking out “barbecuing.”

That’s “grilling,” “cooking out,” or “throwing something on the grill.” Also, the grill isn’t called a “barbecue.”

The word barbecue is reserved for the food. As a matter of fact, some southern families narrow it down to a specific food.

Some folks I know don’t consider a food barbecue unless it involves pulled pork or ribs.

Life in the South with a Garden

Most old-time southerners have a vegetable garden. If there’s a lot of room, you’re likely to see half a dozen different vegetables.

However, if there’s only a small space, you’ll probably see at least tomatoes and bell peppers. And southerners are certainly proud of everything they grow.

Life in the South with Beverages

Surprisingly, some northerners have the mistaken belief that southerners sit around sipping mint juleps all day. That can’t be further from the truth.

As a matter of fact, I never tasted a mint julep until I was in my forties. And I didn’t care for it.

One drink, however, is a staple in most southern homes. You’ve probably guessed it already, but in case you haven’t, I’ll tell you.

If you go to any family-owned restaurant in the South and order tea, you’ll probably get sweet tea.

We also don’t call soft drinks “pop” or “soda,” unless we need to clarify for our northern friends. Many of my friends and family members call them “Coke.”

If you think about it, this makes perfect sense. After all, Coca-Cola originated in Atlanta. Although this big city has become “northified,” it’s still officially in the South.

Social Graces When Living in the South

Life in the South is more than food and beverages, although those are extremely important. It also involves knowing what to say and how to say it. For example, you can bless someone’s heart and mean it.

Or you can say it with a snarky tone, which means something quite different. If you can’t tell the difference, you haven’t been in the South long enough.

Life in the South involves attending weddings, funerals, football games, and other important events. Southerners know certain things that have escaped people from other parts of the country. For example, only the bride should wear white to a wedding.

If someone passes away (less crass way of saying dies), you bring food. Not doing so is downright rude and disrespectful.

You can figure out where you are without seeing a sign based on which football team colors are on display and what comes out of people’s mouths. You’re likely to hear, “Roll Tide,” wherever you go in Alabama.

I went to “Southern Miss” (the University of Southern Mississippi) so you won’t hear it from me. If you see black and gold everywhere you turn, you’re probably in Golden Eagle territory.

Something else you’ll discover about living in the South is that we love our parades. We get especially excited when our favorite high school band marches by.

In fact, I often get teary-eyed when I hear that familiar drumbeat. And those horns—be still my heart!

So Much More to Life in the South

Since life in the South has more depth than the Grand Canyon, it’ll take a while to explain it. For that reason, I’ll add more in the future.

It will take me a while, though, because there is so much to share. If you haven’t visited the South yet, you will eventually get the urge. Don’t be surprised if you go home saying, “y’all,” and craving grits. 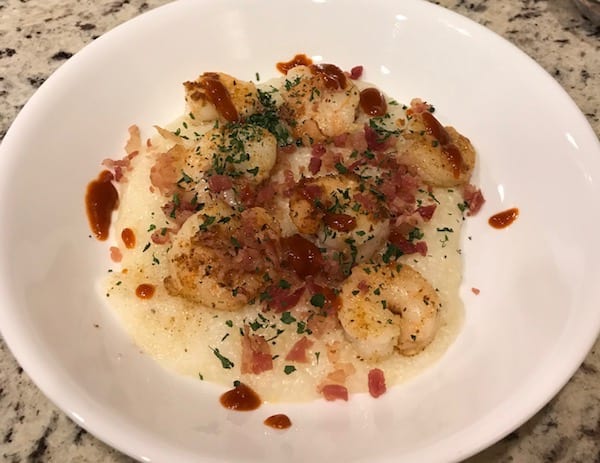 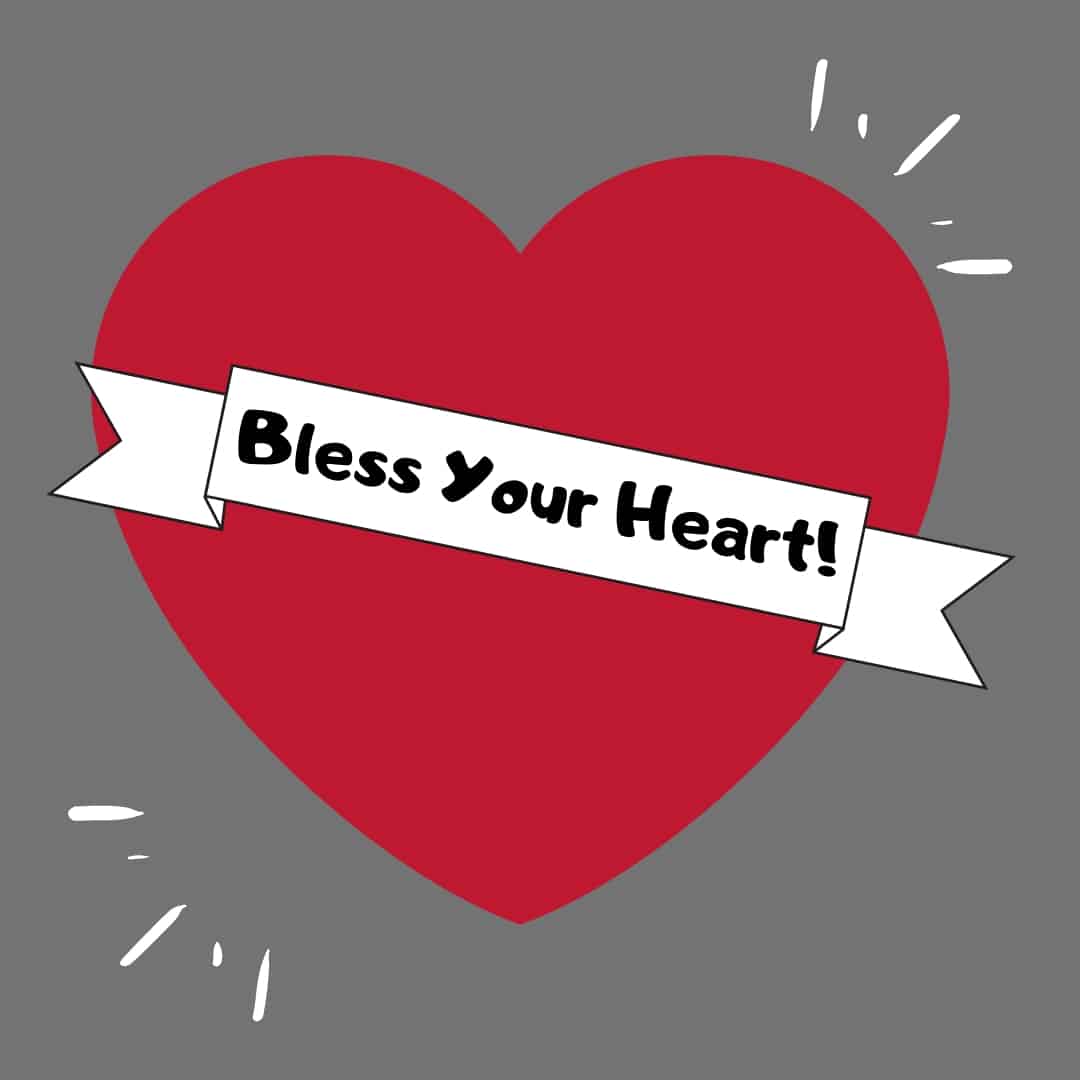 Next
Southern Sayings – Life in the South
Click here to cancel reply.
66 shares