Shrimp and Grits with Bacon

Shrimp and grits satisfy this seafood-loving southern girl’s appetite more than almost anything else. It basically has everything that makes my taste buds sing.

If you’re looking for quick and easy dinner ideas, this one will make you very happy. It’s right up there with my delicious ground beef stroganoff and comforting shepherd’s pie.

Long before shrimp and grits were a “thing,” I had this delicious dish at a small family owned diner in New Orleans. My eyes rolled back as I savored every bite.

Then, shortly after my husband and I got married, I fixed it for him, making up the recipe as I went. I was super proud of myself for figuring out how to prepare something so tasty.

Now he claims it is one of his favorite foods, and he wants me to make it again. Of course, I will because I like it too.

If you want to try making this easy shrimp and grits dish, try it this way first. Afterward, you’ll know what you’d like to add or omit next time you make it.

Versatility of Shrimp and Grits

It’s an extremely versatile dish. In fact, you can make this in countless ways, including with or without sriracha, with cheese, or with any vegetable you like.

There are as many ways to prepare shrimp and grits as there are southern cooks. Naturally, all of us think our way is best. But trust me. If you like a boatload of flavor, you’ll love my recipe.

About the Grits Under the Shrimp

In case you don’t know this information already, I thought I’d share my knowledge of the history of grits. They originated with a Native American tribe that ground corn similar to what we now know as hominy. The gritty texture after cooking it is where it gets its name.

Grits caught hold in the South, and this delicious side dish is now spreading out to other parts of the country. According to what I’ve heard, you can even find it in big northern cities.

Yes, even some New York eateries offer grits. Apparently, the “grits line” between northern and southern states no longer exists.

Now the History of Shrimp and Grits as a Couple

Families in the South often served shrimp and grits at home. Since no one can expect to keep such deliciousness under wraps, a chef at a small restaurant in Chapel Hill, North Carolina, offered it to customers. After that, shrimp and grits exploded across the South.

As the shrimp and grits recipe moved from one kitchen to the next, cooks and chefs added their own touches. That’s why it tastes different everywhere you go.

With so many different ways to prepare this delectable dish, you shouldn’t have trouble finding one you like. Cheese lovers will probably enjoy adding some cheddar to the grits, while purists only want salt and pepper.

The shrimp can be cooked any number of ways. I’ve had them in a gumbo-like gravy, fried, broiled, and so many other ways.

No matter how you cook them, I like them. However, as stretched for time as I typically am, I’ve found a way to throw this dish on the table in less than a half hour.

Obviously, you put shrimp and grits in this dish. But what else? Basically, anything else you want.

As for the shrimp, I like the traditional Old Bay seasoning that adds tons of flavor to a lot of coastal southern dishes. Until I discovered sriracha sauce, I used Tabasco for the heat.

Another thing I like to add is crumbled bacon. I mean, after all, who doesn’t like bacon?

This meal is just as easy to prepare for a crowd as it is for two people. All you have to do is multiply the recipe by however many people you have.

In other words, if you’re cooking for eight, multiply the ingredients of this recipe by four.

How to Cook Shrimp and Grits

Prepare the grits according to the package. It’s super easy. Just add water and butter to boiling water.

Pour in the dry grits, and they’ll magically transform into that comforting mush we southern folks love.

Next, sauté the shrimp in a nonstick skillet that has a splash of olive oil, butter, or cooking spray. I add the Old Bay seasoning to the shrimp.

Remember that shrimp cooks quickly, so don’t leave it on the heat too long. Otherwise, you’ll wind up with rubbery shrimp. For medium sized shrimp, it only takes about three minutes until they’re done.

Spoon the grits into individual bowls.

After that, scoop seven medium (or five large) shrimp on top of the grits. Sprinkle some parsley over the top, and then add the crumbled bacon. Yum!

But wait. That’s not all. Next comes the sriracha sauce that takes the flavor to a whole new level.

If you don’t have sriracha, you can use Tabasco, which is almost as good.

Congratulations! You have just made one of the most popular dishes in the country. And it probably took you less than half an hour.

Without much effort on your part, your family and friends will think you’re a genius in the kitchen.

Delicious Desserts for After the Shrimp and Grits

One of my favorite things to have after eating a shrimp and grits meal is a praline made Louisiana style. If you’re not in the mood for the super sweet candy, maybe you’ll prefer a peanut butter cookie instead.

You’ll find more great recipes at these places:
The Country Cook
Back to My Southern Roots
The Pin Junkie
Julia’s Simply Southern

Increase or decrease the amount of sriracha sauce based on your heat tolerance.

As an Amazon Associate and member of other affiliate programs, I earn from qualifying purchases.

The nutrition information is a product of online calculators. I try to provide true and accurate information, but these numbers are estimates.

Did you make this recipe? 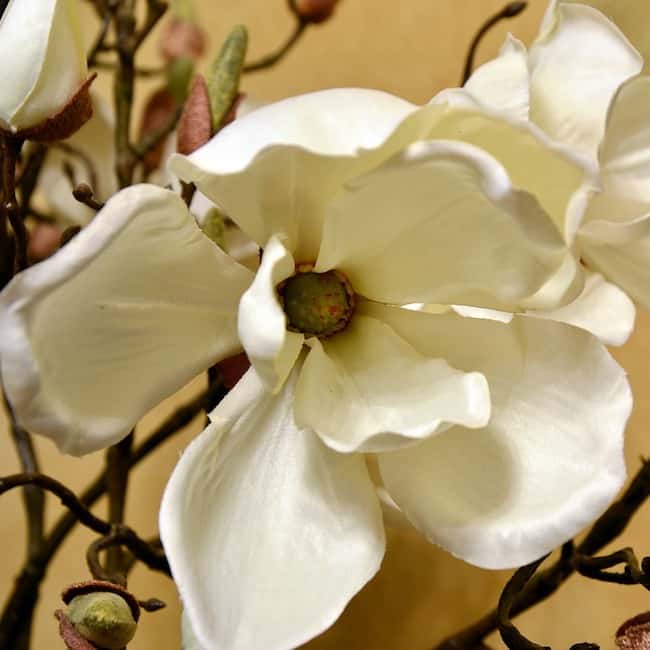 Previous
10 Things Not to Do in the South 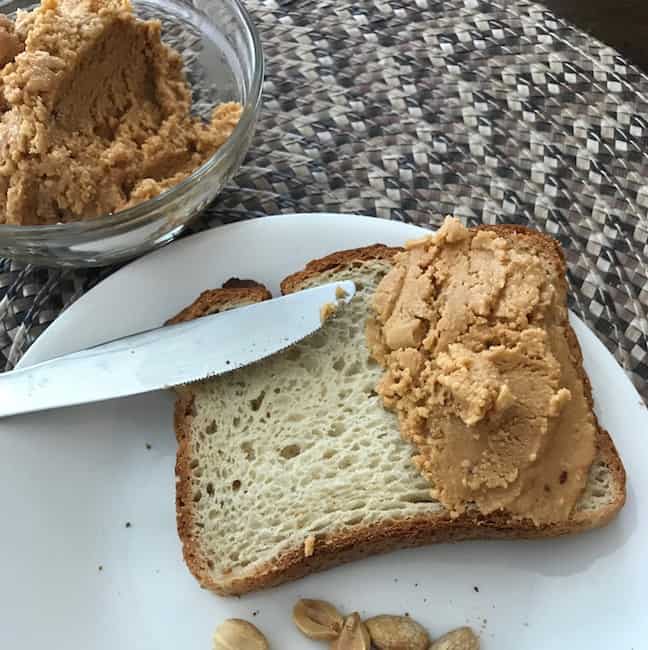 even though i am a Mass yankee I lived for years on the Outer Banks Grits and fresh seafood was a daily habit on my little fishing island. These days I cook my stone ground grits in the crock pot where they dont need constant vigilance. I have even added Old Bay to them

Hi Captain Pete! Thank you so much for visiting! How interesting and fun it must have been to live on the Outer Banks! Our family went there for vacation, and we had a wonderful time. It's so pretty, and the people are so nice!