Only truly southern people know if something actually originated in the South.

Of course, southern is a state of mind. So it’s impossible to fully explain it, even armed with all the southern expressions in the world.

For example, although we love Elvis, we also know there’s more to his southernness than his birthplace in Tupelo. Or Graceland, the home he bought after his success.

It’s the way he spoke, his manners, and the way he talked about “Mama.”

However, as for other people, who knows if someone is truly southern? Does the person have to be born in the South and spout southern sayings? Or does she have to live there a certain number of years?

That’s all up for debate. But there are some truly southern things that can’t be mistaken. You’ll probably think of more if you’re from the South.

In fact, you might even disagree with some of the things you see here. And that’s fine. After all, everyone is different, and we have opinions.

Remember what I mentioned about “southern” being a state of mind. You don’t have to physically be in Mississippi or Alabama to be a southerner.

You can also cook southern food outside of the South in places like New York City. In fact, I had some of the best southern collard greens at a little NYC diner when I visited.

The owner just happened to be from Georgia, which explains why I liked it so much.

A southern state of mind runs deep. I was born in Alaska to two very southern parents.

Even though my dad’s military career had us moving around the world, we kept returning to their home state of Mississippi. So I’m writing this from my personal perspective.

Since this is my post, I’ll put the things I consider truly southern. After you read this, please feel free to post a comment—even if you disagree. Or if you’re shy, go on over to my “About” page and send an email.

I’d love to hear your thoughts. I also just might add your thoughts when I update this post in the future … with your permission, of course.

If you’re from the South, you instinctively know when you’re eating a truly southern food. However, there are some regional dishes that not all southern states have embraced.

For that reason, you have to use good judgment and try to give the food the benefit of the doubt.

Here are some foods you can count on being truly southern:

Fried chicken – Most people know that southern fried chicken is best, which is why everyone tries to make it. KFC is popular in every state I’ve ever been to, so there’s not much else to say about this.

Fried catfish – My grandpa had a catfish pond, so this is something I know firsthand. You need to roll the catfish in cornmeal and drop it into a vat of hot oil. Don’t dip it in batter if you want to call it southern.

Pecan pie – There is absolutely no better dessert on earth than pecan pie. My grandparents and parents had pecan trees in their yards in Mississippi. So the pecans were always fresh.

Pecan-crusted fish – Northerners have their trout almandine, while we have our fish covered in pecans. I have to admit to liking both, but I think the pecans have a richer flavor.

Grits – One of the best side dishes in the world is a bowl of grits. It’s good for breakfast, lunch, or dinner and can be used instead of rice or mashed potatoes.

Pimento cheese – Every southern family has a great recipe for pimento cheese, and I’ve liked every single one I’ve tasted. However, there are some arguments about what type of mayonnaise is best. Some like Hellman’s, while others will only use Duke’s.

Sshh, don’t tell anyone, but I buy whichever one is on sale. Yes, I can tell the difference, but both are good. Please, no miracle whip, ever. Thank you.

Field peas and black-eye peas – My grandpa used to grow field peas, and I can honestly say I don’t remember a big meal when they weren’t on the table. I especially like them doused in homemade pepper sauce.

Butterbeans – I’m not sure if there’s a difference between butterbeans and lima beans, but to me they’re the same.

Except my grandpa grew butterbeans that you wouldn’t dare call lima beans in front of him. They’re also good with pepper sauce.

Cornbread – This is one of the most controversial southern foods out there. Some folks claim that adding sugar to the batter makes it not-southern.

However, I have plenty of southern friends and family members who dump a boatload of sugar into their cornbread batter. Personally, I prefer to leave out the sugar and add jalapenos instead. And that’s a-whole-nother discussion.

Greens – Whether you prefer turnip greens, mustard greens, or collard greens, they’re best cooked the southern way—until they’re limp and soggy. With pork and a ton of salt. So good!

You’ll be amazed by the brands that have their headquarters in the South. In fact, you might even be surprised by some of them. Here are just a few of the many southern brands:

Coca Cola – This Atlanta-based company is one of the most well known and beloved brands around the world and was invented by an Atlanta pharmacist.

Kentucky Fried Chicken – With a southern state in its name, KFC has been the foundation of many Sunday dinners, picnics, and backyard parties everywhere. People love KFC food because it’s “finger lickin’ good.”

Moon Pies – After a Kentucky coal miner requested a treat “the size of the moon,” this Tennessee based company obliged.

Jack Daniels – Here’s another Tennessee based company that provides a different kind of refreshment.

Walmart – Say what you want about this mega-corporation. But this Arkansas based business knows a thing or two about retailing.

Tyson Foods – For a company with humble beginnings in Arkansas, this brand is well known for quality foods.

FedEx – After its start in Arkansas, this package-moving company is now located in Tennessee.

Publix Supermarkets – Without a doubt, this Florida based grocery store chain is now a favorite wherever they open their doors. I’m a huge Publix fan!

Delta Airlines – For a company that started out as crop dusters, this major airline has done pretty well for itself. With the word “Delta” in its name, it is unquestionably a southern company. It started in Georgia, moved to Louisiana, and then went back to Georgia.

AFLAC – This duck quacks in Georgia. They basically insure whatever needs to be insured.

Family Dollar Stores – You can certainly save money by shopping at one of the stores in this North Carolina based company.

What we wear in the South is dictated by a number of things. Our church. The school we attend(ed). Our jobs. The season. Our mamas.

Here are a few of the rules I had to follow growing up—even when I didn’t live in the South:

Always wear your Sunday best to church. For me, that was a dress, a hair bow to match, and shoes that rubbed blisters on my heels. However, that has changed when some of the more casual “mega-churches” made a hit in the South.

If you attend one of those, it’s okay to look like you just stepped off the lawnmower to attend Sunday services. At least you’re there.

Until age nine, girls had to wear socks during the winter. After your birthday that hit the double-digits, you had to wear hose instead of socks.

Doing otherwise would cause the wrath of the person in charge (Mama) to instill fear. However, during the summer, barelegged was accepted.

You can wear white between Easter and Labor Day. Otherwise, stick to anything cream colored or darker.

That eventually changed when “winter white” became a trend. To this day, I’m not sure what makes the color “winter white.” It looks to me like just plain old white.

Embrace color … and lots of it—especially during the spring and summer.

You can wear black, but only as an accent. In other words, don’t wear black head-to-toe. I do wear all black sometimes.

Unfortunately, I sometimes feel like a poser when I do that, and I admit to a touch of guilt for not being “truly southern.”

Wear your team’s colors on game day. If your team wins while you’re wearing a certain piece of apparel, that becomes your game-day item. In fact, you must wear that or risk causing your team to lose.

Southern women own pearls and wear them wherever and whenever they see fit. No one should ever question if they’re appropriate because they simply are—all the time.

Babies should only wear pastel colors in their first year of life. And it’s best to continue this policy for another year so you don’t push the young’uns into inappropriate attire too early.

Every single solitary job has a dress code. Even if it’s not written in the employee handbook, you can figure out what it is. All you have to do is look at the boss and emulate her.

Your underwear shouldn’t show. Ever. No excuses.

It’s okay to have a plunging neckline or a short hemline. Never both. That would be tacky.

If Mama says she doesn’t like what you’re wearing, take it off and never wear it again … at least not in front of her.

As I mentioned earlier, there are differences between southern regions. The ones I wrote are specific to where my parents grew up … and some of their own rules that they probably came up with on their own.

I would love to hear about other people’s ideas of what’s “truly southern.” 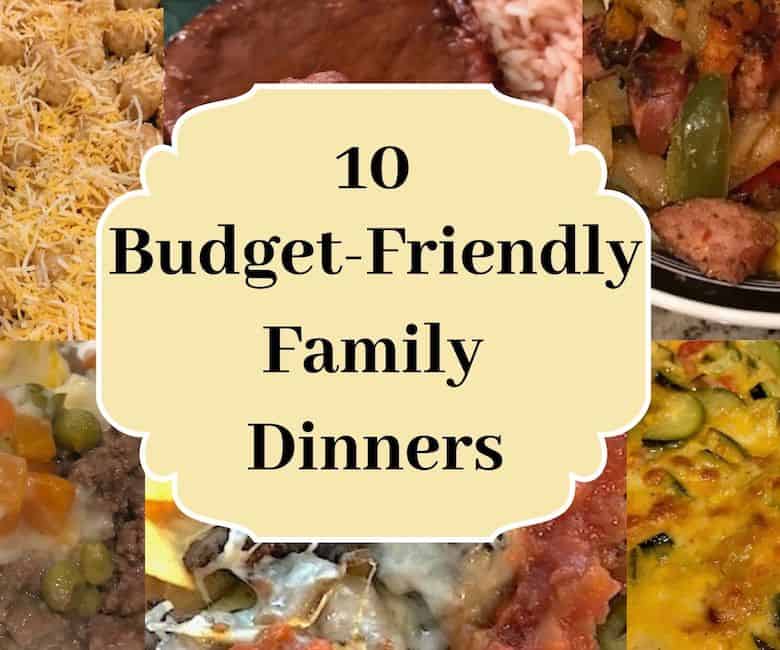 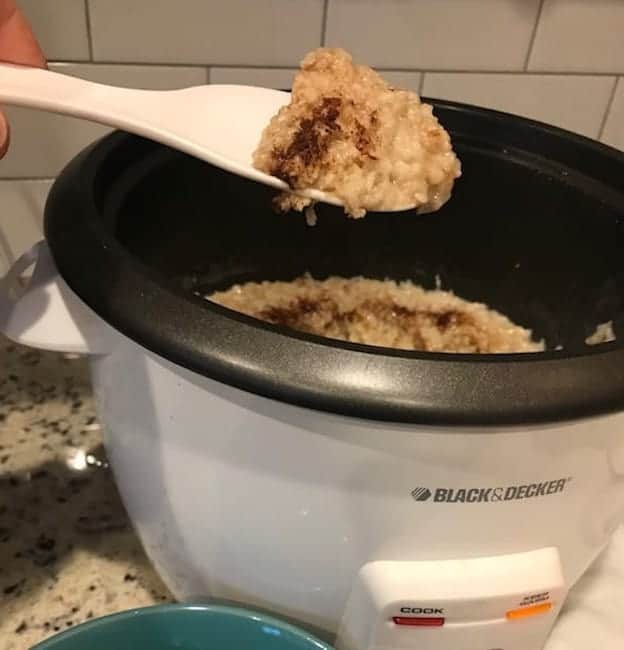