Southern Charm – Life in the South

Southern charm is so much more than just a reality TV series. It’s more of a way of life.

In fact, when you meet any southerner, regardless of his or her socioeconomic status, you’ll find plenty of charm.

When you meet a southerner, you’re likely to get a warm smile and more than just a clipped nod or handshake.

You’ll at least hear, “Nice to meet you,” and probably questions about “your people,” as in, “Where are your people from?”

This is a polite way of finding out whether or not you are a native southerner. And we’ll most likely forgive you if you’re not.

Another aspect of southern charm is that you’re likely to see lots of flowers in and around a southern home.

We love our gardens and our centerpieces. We even brag about the depth of colors of our hydrangea.

We also share secrets about how to make our cut flowers last.

Conversation Starters in the South

Southerners typically have a bunch of conversation starters. They may not realize that’s what their questions are, but it is.

Here are some questions you are likely to get from a southerner who wants to make conversation:

You’re not from around here, are you?

Where did you go to school? (refers either to college or high school)

How about them Dawgs? (refers to the University of Georgia Bulldogs)

Roll Tide (doesn’t sound like a question, but it needs a response)

Do you want ham or chicken? (assuming you eat meat)

When was the last time you went to the Varsity? (assuming you’ve been to the gargantuan fast food restaurant in Atlanta)

What kind of barbecue do you like? (pick a food, not a place or type of grill)

A lot of states want to be southern states, and that’s just fine. However, southerners know what’s truly a southern state and what is not.

That said, there are people who consider Texas to be part of “the South,” while others consider it more of a western state. And does it really matter?

Probably not. But it makes for good and often lively conversation.

If you want to only include the states in the “Deep South,” you’re talking about Georgia, Alabama, Mississippi, South Carolina, and Louisiana.

A true southern state is packed with southern charm. Southerners don’t mind chatting when you need to talk. They’ll offer a helping hand when you’re struggling.

Not So Southern States

Think about it. Being a southern state has a lot more to do with the people than the actual location.

Although there are some native Floridians who are true southerners, there’s no arguing the fact that most folks in that beautiful state started out somewhere else. So Florida is south of “the South.”

In the same vein, some folks claim that Atlanta isn’t part of “the South” anymore. Sure, the rest of Georgia still qualifies.

But if you look at the sprawling capital city, you’ll see tall buildings and interstates going in every direction. You’ll also notice people speaking (and gesturing) without a single solitary thought to what their mamas might say if they heard or saw them.

Folks who live in the South have a manner about them that is different from people who live anywhere else. Most of them know proper etiquette, and many of them continue to do what their mamas taught them.

And southern mamas always insist on good manners, unless there’s a valid reason. For example, one thing that can push a southerner into rudeness is when you say something bad about a family member.

However, you might not realize the person is being rude unless you know the “southern code” that involves learning the true meanings behind southern expressions. In other words, “Bless your heart,” isn’t always a polite thing for a southerner to say. But it can be.

Southerners like their creature comforts. So you’re likely to find sweet tea (is there any other kind?) in the fridge.

You’re also likely to see a platter of fresh-baked cookies on the counter. They might be slice-and-bake, but it doesn’t matter. They were baked in the oven, so they’re home-baked.

Southern Charm in the Home

When you visit a southern home, it’s easy to know how close you are to the people who live there. The saying, “Back door guests are best,” holds true.

If you go to the front door and ring the doorbell, it means you don’t know the residents well.

However, after you get to know them, they’ll eventually invite you to come to the backdoor. That is if they like you.

Yes, there are some confusing southern ways, but you’ll get used to them if you stick around long enough. In fact, they’ll actually start to seem normal.

Nearly everyone has heard the term “southern belle.” But I’m not so sure some folks know what that means.

It’s more than being a girl born in the South. In fact, it’s a whole lot more. If you’re around a southern belle long enough, you’ll see that she’s southern charm personified.

From a very early age, southern belles know their lineage. For example, is Bubba your third cousin or your second cousin twice removed?

You might wonder why this matters, and it probably doesn’t to most people. However, it does matter to a southern belle because she wants to get it right.

Southern belles also know all about place settings, silver patterns, cotillions, and much more. Although many of them have forgone the traditional hope chest, some of them still keep them for tradition’s sake.

Most southern families have a bond that no one can break. And they typically extend that bond out to include the cousins. But it all starts at home with Mama.

Regardless of how important Daddy is in the community, Mama is the center of a southern family.

After a southern mama gives birth, she agrees to raise up her child for the rest of his or her life. Trust me when I say it doesn’t stop when they come of age.

She’ll stop by your house or apartment to deliver a casserole after you move out. But you know why she’s really there—to check up on you.

Mama always knows best so if you don’t want her opinion, don’t ask. And for heaven’s sake, don’t even let on that you’re not sure about something. Because she’s always sure … about everything.

Here are some things southern mamas know without having to be told:

A southern mama knows whether or not a boy is good enough for her daughter after one conversation.

A southern mama can tell if a girl is good enough for her son based on one of several things, including where she went to school, what sorority she was in, what her silver pattern is, and whether or not she crosses her legs at the ankle to keep her unmentionables from showing.

Never lie about where you went on Saturday night because she will find out at church on Sunday.

Southern Charm in the Kitchen

When you walk into a southern kitchen, you know where you are—a southern kitchen. You’re likely to see the above-mentioned platter of cookies, some biscuits left over from breakfast, and if you’re lucky, a pie on the counter.

Open the fridge, and you’ll spot a pitcher of sweet tea, some homemade preserves, and leftover fried chicken that can only be eaten cold. Heating it in the microwave makes it gross, and in some people’s mind, cold chicken is better than hot.

If there’s any extra space, you’ll see a kitchen table. Because like using backdoors, being seated at the kitchen table means you’re close to the family.

As you take a long look around, you might see a kitchen from Southern Living Magazine, but not always. Sometimes a southern kitchen is best left alone, with all its richness, patina, and memories from childhood.

The cupboards might have a few nicks, and the countertops might not be made of stone. But that doesn’t matter. It’s still a southern kitchen where you’ll get good food, great conversation, and lots of love.

Potluck Dinners in the South

Southerners love potluck dinners. Whether they’re hosting one at their home or it’s a church gathering, it’s a fabulous event where you know you’ll get the best food from every kitchen represented.

Here are some foods you’ll most likely find at a southern potluck:

Fried or baked chicken, sometimes both

Chicken casserole with lots of rice and a creamy sauce

Ambrosia – the fancy name of a concoction made with marshmallows, coconut, and whatever canned or jarred fruit they had on hand

Mayonnaise salad made with iceberg lettuce, tomatoes, mayonnaise, and a healthy dusting of black pepper

Pecan pie made with pecans from the person’s backyard

Strawberry pie with berries from the you-pick-’em strawberry patch

All kinds of cookies that include chocolate chip, peanut butter, and delicious coconut macaroons

Southern Charm with an Accent

One of the most charming aspects of the South is the accent. Both of my parents had southern accents, but I lost most of mine from moving around while my dad was in the U.S. Air Force.

However, deep down, it’s still there.

This might sound strange, but I actually think with a southern accent. However, when the words come out of my mouth, the accent stays behind.

Along with the accent, you’ll hear words that only southerners use. Well, perhaps someone who has been around southern folks will pick up a word or two, but they came from the south.

Here are some charming southern words and phrases:

Y’all – actually becoming more common all over the country

Fixin’ to – going to do something

Over yonder – over there

About to pop – ate too much

As a southerner who has settled in the South, it’s obvious that I’m embracing the southern charm. And I welcome anyone who chooses to move here regardless of where they’re from.

After all, everyone has to be from somewhere. It’s where we wind up that really matters. I know as well as anyone that life in the South is pretty wonderful. 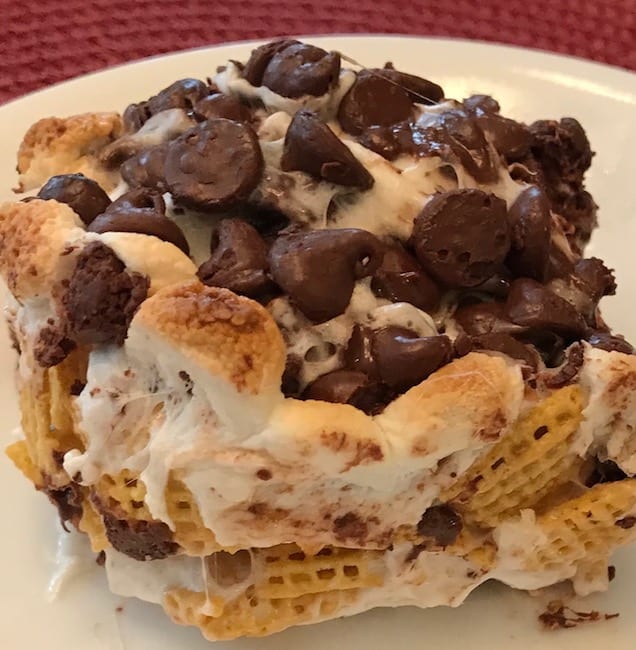 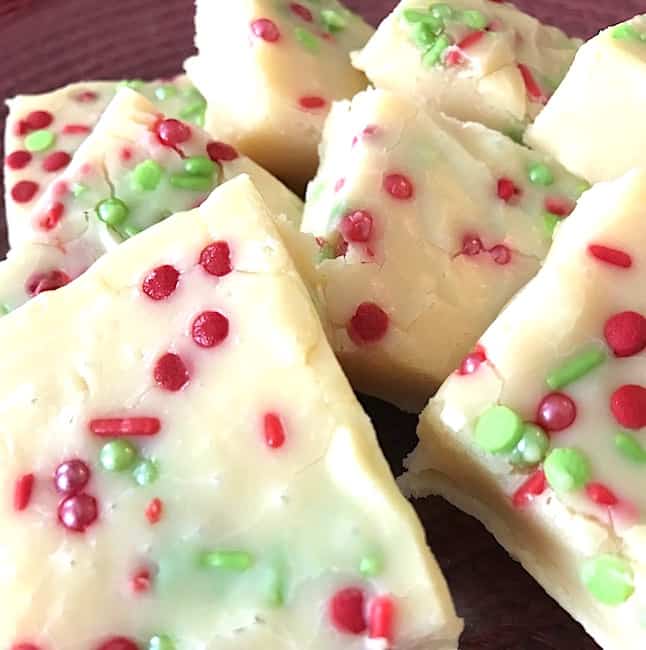